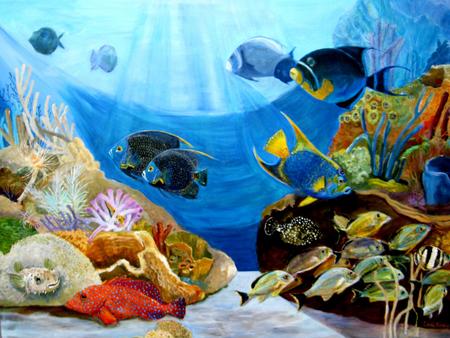 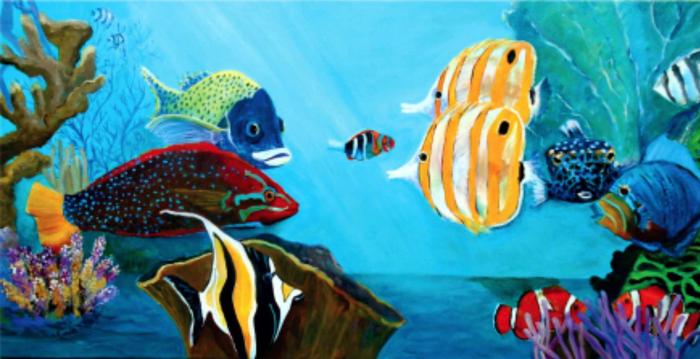 Purchase in my Etsy LK Gallery

Shadow on the Reef- sold
Acrylic 12" X 36"
Featuring fish and invertebrates from Florida and the Caribbean Sea,

After studying and doing an extensive amount of research, I tried to create the correct environment for the fish and invertebrates in this series.

I utilized actual scuba-diving movies  while painting in my studio to give the aura of swimming among the fish, at eye level  in their own environment.