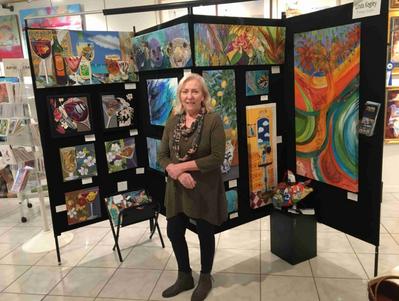 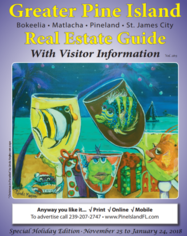 Artist Linda Kegley speaks with patrons Wednesday night at the Seahorse Showcase at Harborside Event Center in downtown Fort Myers. Her project is named 'Alpha Betty,' and is part of the Seahorse Dream Project to raise money for the Golisano Children's Hospital of Southwest Florida. JACKIE WINCHESTER/THE NEWS-PRESS

With red lips and a curvy figure, it almost seemed like the creature was flirting with those who stopped to admire her. At 5-feet tall, “Alpha Betty,” a seahorse statue, galloped into the hearts of many — and with good cause.
Twenty of the statues, all painted and decorated in different mediums, were on display Wednesday at Harborside Event Center in downtown Fort Myers as part of the Seahorse Dream Project to raise funds for the Golisano Children’s Hospital of Southwest Florida.
Artist Linda Kegley painted “Alpha Betty.” She calls it the “Florida ABC horse,” because each of the 26 letters painted on the statue represent something Florida: “A” for alligator, “B” for beach, “F” for flamingo, to name a few. Kegley said it took her 90 hours to paint the horse, and though her muscles ached during the process, she said it was worth it.
It’s for the children,” she said.
Hundreds turned out for the Seahorse Showcase. Miniature seahorses — that is, 15-inches tall — were also available for people to buy for $150 on the spot. Those were painted by patients with the Arts in Healthcare program or by students at schools across Lee County.
The seahorses will be displayed in various locations until they’re finally auctioned off in March. Sisters Sherry and Debbie Flannery were checking out “Stargazer,” painted by artist Cathie Zurich-Wus. The statue had a bit of a whimsical merry-go-round look to it, with bubbles dotting its exterior.
The Flannerys said they were fascinated by the seahorses.
Debbie even bought a miniature seahorse to take home.“This is wonderful,” she said. “To come up with such a unique, fun way to raise money and involve the community at the same time.”
Lee Memorial Health System CEO Jim Nathan agrees. He was impressed with the “phenomenal” turnout and said it was another way of energizing the community and “showing that there is so much hope and love in the community to strengthen children’s services for Southwest Florida.” 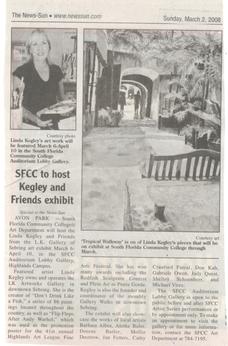 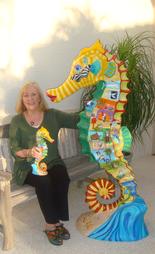 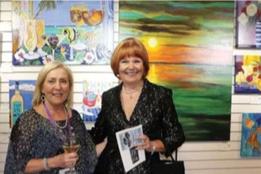 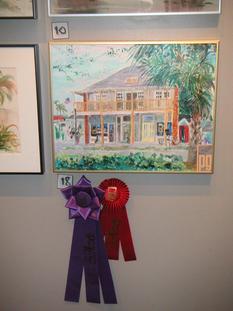 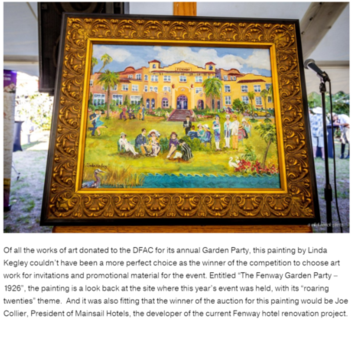 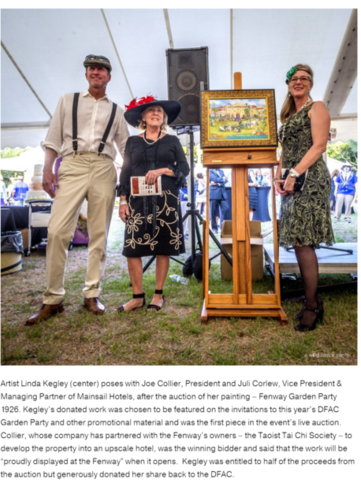 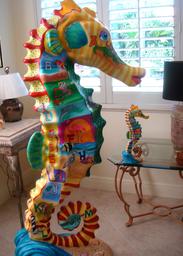 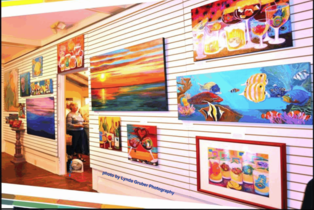 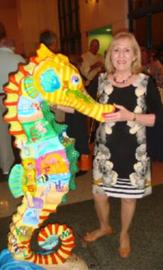 A Seahorse Dream was a public art project created to help raise funds for the new Golisano Children’s Hospital in Ft. Myers. The name of my large seahorse was Alpha Betty- The Florida AB”C” Horse. The inspiration was the name of one of my  paintings, “Florida ABC’s” that features Florida’s flora and fauna representing each letter of the alphabet. The small 15-Inch sculpture, which was painted under a magnifying lamp with micro-brushes, is named Alpha-Bitty.

My sculptures, were sponsored by the Montage Women’s Club,  took about 90 hours to complete.

Decorated Seahorses were displayed in Glades, Hendry, Collier, Lee and Charlotte Counties and at sponsors’ locations in late 2013. The sculptures were auctioned off at a Gala on March 7th, 2014 at the Sanibel Harbour Resort.  The event raised $381,207. for the hospital. I was honored to be a part of this fund-raiser for the children of Southwest Florida. 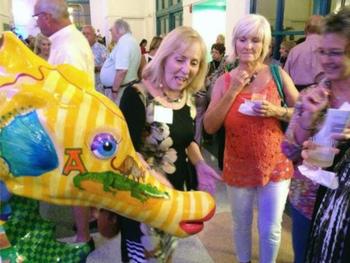 Art on the Waterfront ~Sebring, Florida 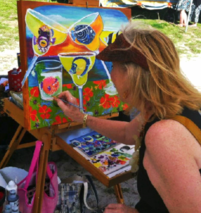 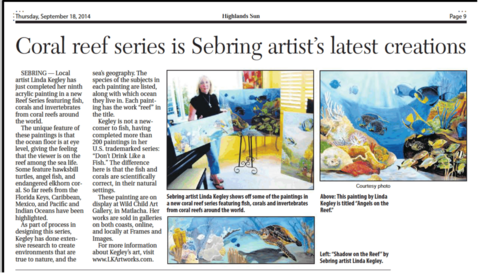 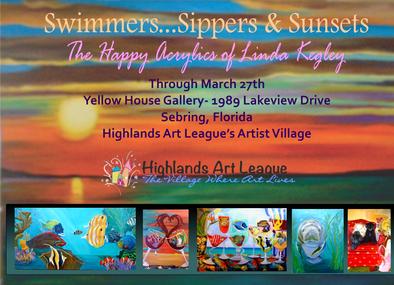 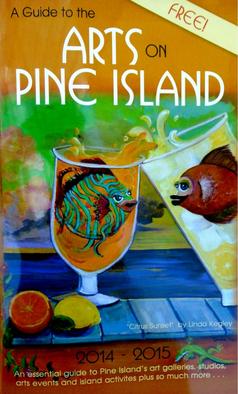